Islington has less open space than any other London borough –its twelve adventure playgrounds are vital in providing a place for the children of Islington to play. This exhibition explores the story of the adventure playground movement in Islington. It was curated by Jordan James of Islington Play Association as part of the ‘PLAY, PAST, PRESENT AND IN PERPETUITY’ project funded by the Heritage Lottery Fund.

The exhibition includes banners made by the children of the playgrounds, archive photographs from the history of IPA, and a film reflecting the early story of the organisation.

There is also a den which all visitors to the museum have helped build, change and make their own… 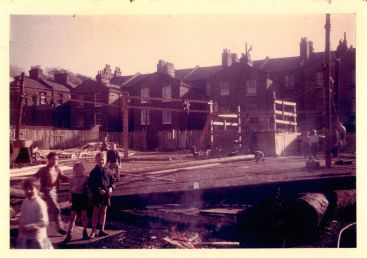 Christian Aid agreed to help fund the volunteers on the scheme on the condition that the funding was matched. One of the play workers, Anne Power, approached the Martin Luther King foundation which was giving out grants to fund community projects in multiracial areas in the county. The foundation agreed to give the playground a grant as long as it was named after Martin Luther King -it has remained that way ever since.

On the first day that they opened their gates, hundreds of children poured into Martin Luther King Playground and TV camera crews arrived to interview the mothers. By September 1968 the GLC agreed to a permanent playground on a corner of the large 10 acre site. They also announced plans to turn the rest of the site into “Paradise Park“.

The corner the Adventure Playground had been given had a derelict Woodbine Tobacco Factory on it. In the Spring of 1969, with the help of prisoners from Pentonville Prison, the Martin Luther King Association members and parents started to do up the playground.

The playground was the first project that the Foundation had supported and so they brought Coretta King, the widow of Martin Luther King, to visit. She, her sister-in-law and two of her children spent time at the playground with the mothers and children. The playground was also visited by Mother Theresa of Calcutta.

Islington Play Association was created in the early 1970s, when a rumour spread through Islington’s Playgrounds that an “outsider” was going to set up a play association. A group of Islington locals got together and decided to create an Association of their own.

“…But meanwhile we had pre-empted him, we’d had a meeting we decided we’d set up a Play Association already. So I remember when he said I think we should have a Play Association one of us put our hand out and said actually we’ve already set one up. That took the wind out of his sails; we didn’t want to be set up by somebody else.”

In the summer of 1973 Islington Council went on strike. This gave IPA the chance to organise the play schemes themselves, working with local community groups and hiring summer staff. Play workers at that time were paid very badly and were often students interested in working in the inner city. Many didn’t have anywhere to live so the IPA had to provide accommodation.

“We needed somewhere for them to stay…. So I went down to the GLC Northern District Office down at Kings Cross and I said to the manager ‘I’m desperate I absolutely need a house to put up about twenty people’ so he said, ‘Let me see what I can do for you’. So he gave us this house in Stanmore Street, it’s now been demolished and it had cold water and electricity, it had an outside loo and we just put lots of mattresses from the PDSA which is Peoples Dispense of Sick Animals which was just beside Martin Luther King Playground in those days. Then we plonked them down there with some bedding and we left them to it, and I dunno it was a bit shocking really but some of them ended up working in play permanently so it can’t have been a totally ghastly experience.” 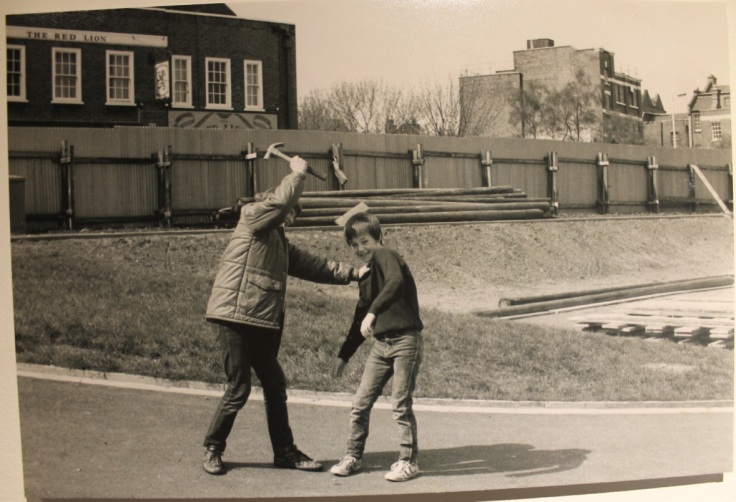 From such beginnings the Islington Play Association has grown and developed. It now manages six of Islington’s twelve adventure playgrounds.