In December we remember the death of:

In November we remember the death of:

In October we remember the death of:

In 2015/16 Islington Museum received funding from the Gallipoli Centenary Education Project to tell the stories of those men who travelled from Islington to Mudros to fight in the disastrous Gallipoli campaign.

Five local primaries, Ashmount, Copenhagen, Drayton Park, Newington Green and Tufnell Park, worked with musicians Jonathan Rees and Firat Derat to explore the campaign from a variety of cultural perspectives. Pupils investigated the Finsbury Rifles’ war diary, learning about their costly campaign and imagining what daily life would have been like for them at Gallipoli.  They also looked at primary sources from both the Ottoman and Allied Forces to explore different experiences of the campaign and its aftermath.

Pupils learnt four songs about the Gallipoli campaign in both English and Turkish.  They also recorded readings of key primary sources, to which they composed an emotive soundscape. This sound background was combined with archival images of the campaign and artwork created as part of separate project. The resulting video is a musical and artistic meditation on the realities of the Gallipoli campaign, its local links and its human cost. A unique resource to explore Islington’s First World War from a truly world perspective.

In 2015 Islington Museum also worked with Richard Cloudesely Secondary School and Samuel Rhodes Secondary School to produce two printed banners exploring the Finsbury Rifles Campaign. Pupils used mark making techniques to create the peninsula. They then used archival images of the campaign to create stencils, which they screen printed on to the map.

Finally on the 8th November 2015 four children from Tufnell Park Primary School joined the Gallipoli Association to take part in the Cenotaph march on Remembrance Sunday.

The four children – Amy, Charlie, Natalie and Ruby – said, ‘It was an opportunity to take part in an experience of a lifetime. It helped us realise and feel the importance of remembering those who made the ultimate sacrifice.’

The children brought a wreath which joined the carpet of red beneath the Cenotaph. On the wreath were the words, ‘It is an honour to stand in the presence of our Lord, as we give thanks to the brave souls who sacrificed their lives to make our world a better place. May they rest in peace. Let the memory of Gallipoli live on through generations.’ 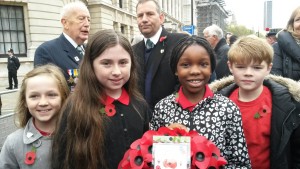 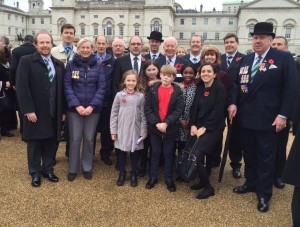 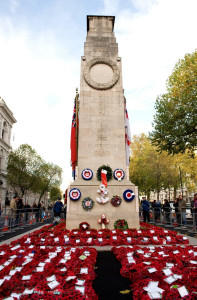 In September we remember the death of:

Using data from census records, war graves and war memorials we can begin to discover the names of those Finsbury Rifles from the historic boroughs of Finsbury and Islington who died at Gallipoli.

The attacks on the Finsbury Rifles in August 1915 seem to have been particularly devastating for our local soldiers. We remember the deaths of:

Reading the Islington Daily Gazette and North London Tribune helps us to understand how the war was reported at home in Finsbury and Islington. It makes harrowing reading as we discover how little of the Finsbury Rifles’ suffering in Gallipoli is reported at home.

‘It should be noted that parcels for the Mediterranean Expeditionary Force should, in view of their transhipments and exposure to heat, be very carefully packed, as round as possible, and the outer covering should consist of strong linen, calico, or canvas, securely sewn up. Small parcels arrive in better condition than larger ones…’

The WAR: The position in the Dardanelles

‘Depression, dissension, and anti-war feeling are prevalent in Turkey…’

Note: this is not accurate. There is no mention of the Finsbury Rifles landing at Suvla Bay. See the war diary entries for the 10th August 1915.

‘At Suvla the troops on the left flank made a short advance on the afternoon of the 15th with a view to straightening out the line.

They moved forward under considerable gun and rifle fire and gained about 500 yards, capturing a Turkish trench and taking two officers and 20 other prisoners.’

Note: There is a strictly censored version of this disastrous campaign, which led to the sacking of Frederick Stopford as Divisional Commander. The attacks by the Rifles, among other regiments, were initially successful but what is not mentioned is the regiment’s inability to hold onto the gained ground, due to a lack of support, and their heavy losses in the retreat. See the war diary entries for August 15th 2015.

News of the World-War in Brief

‘Another dispatch with regard to the operations in Gallipoli has been received. It is of an encouraging character….

The recent operations on the Gallipoli Peninsula (says an official bulletin) consisted of attacks on the enemy’s position along the southern and Anzac lines, and included a fresh landing in strong force at Suvla Bay.

There is evidence from prisoner’s statements that the Turks had been considerably reinforced with a view to heavy attacks, and that the Allies forestalled the enemy by about 24 hours.

Consequently the fighting was very severe, and on the both sides the casualties were very heavy.

The landing at Suvla Bay was well planned and carried out by the Navy, but in spite of the fact that the Turks developed their greatest strength in the ‘Anzac’ region, Allied troops from Suvla could not make very satisfactory progress before the enemy was able to move up considerable forces from his reserves and to bring further advance at this point to a standstill.

Within the past week the positions won have been consolidated at all points.
The spirit of the troops is excellent.’

Note: This is the first extensive report of the landing at Suvla Bay. It seems written to keep up spirits at home, rather that report the realities of the campaign. I’m not convinced spirits would have been as excellent among the Rifles as was reported.
There is no specific mention of the huge casualties suffered by the Rifles on the 15th – 18th August 1015. It seems that the first families waiting at home would know about these losses would be the telegrams arriving from the War Office.

‘Give us 500 men’: Remarkable Address by Islington Rector

Borough battalion ought to be at full strength

The paper publishes a speech by the Right Rev. Monseigner Groach calling for 500 more men to sign up to the Islington Battalion.

‘If there is any delay the recruitable men of Islington will be open to reproach. We are the premier borough of London; we have an enormous population; we refuse to be though less patriotic or less plucky than the men of other places in any part of the Kingdom, or indeed in any part of the Empire…
Every man joining the Army brings victory nearer.
‘Just look at the mistakes that have been made; so-and-so should not have done such and such.’ If mistakes have been made, it is because mistakes must be made in all human things. The man who never made a mistake never made anything.
Come and help others to remedy the mistakes. Criticism is cheap, and like most cheap things is often worthless. The biggest mistakes any man can make is to think he can neglect his duty with impunity.’

Note: The Rifles among other battalions would certainly need more recruits after their heavy losses at Gallipoli. Note the plea to patriotism, freedom and justice. Conscientious Objectors are dismissed and criticised, their objection considered invalid.

The WAR: The Position in the Dardanelles

News of the World-War in Brief
‘The position in the Dardanelles is not quite so rosy as rumour would paint it, but nethertheless substantial progress is being made.
The British move in the Dardanelles, which, had it completely succeeded, would have carried us at a stroke long way towards the realisation of our project, has been temporarily checked.’

Note: A small acknowledgement to the reality of the stalemate in Gallipoli. 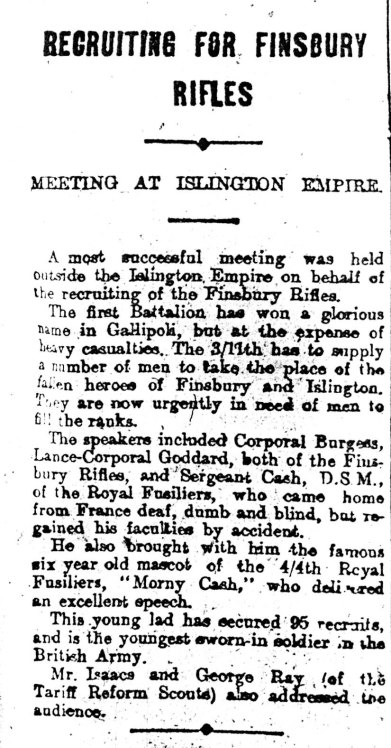 ‘A most successful meeting was held outside the Islington Empire on behalf of the recruiting of the Finsbury Rifles.
The first battalion has won a glorious name in Gallipoli, but at the expense of heavy casualties. The 3/11th has to supply a number of men to take the place of the fallen heroes of Finsbury and Islington. They are now urgently in need of men to fill the ranks.
The speakers included Corporal Burgess, Lance-Corporal Goddard, both of the Finsbury Rifles, and Sergeant Cash, D.S.M., of the Royal Fusiliers, who came home from France deaf, dumb and blind, but regained his faculties by accident.
He also brought with him the famous six year old mascot of the 4/4th Royal Fusiliers, ‘Morny Cash,’ who delivered an excellent speech.
This young lad has secured 95 recruits, and is the youngest sworn-in soldier in the British Army.’

Note: An acknowledgement of the huge casualties among the Rifles at Gallipoli but painted as a necessary sacrifice.