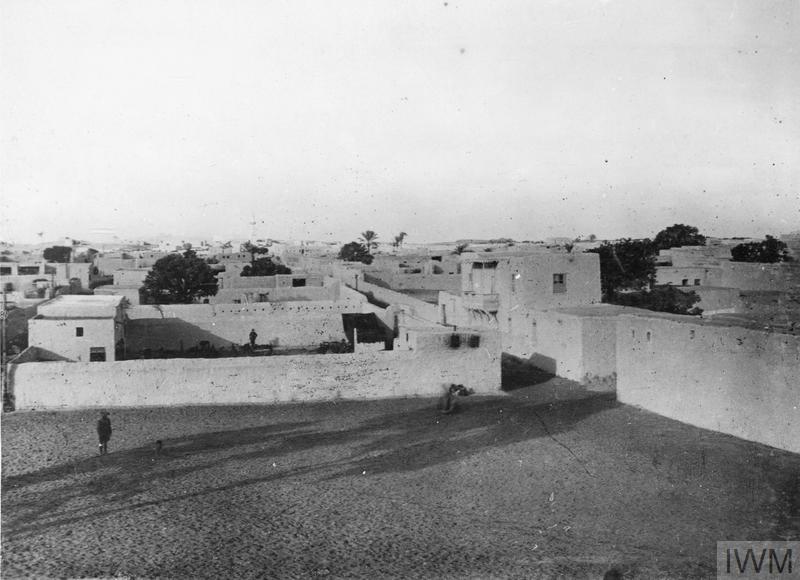 Once the brigade reached the small town of El Arish on the Mediterranean coast, bathing parades provided welcome relief from the heat and the accumulated dirt and sand of the march across the desert.

El Arish had been occupied by Ottoman forces from 1914 -1916. They had only retreated 2 months earlier just ahead of the Battle of Magdhaba. The RAMC who arrived there with the EEF shortly afterwards reported that the Ottoman forces

… on their departure, had not only carried off with them all men of military age, but had entirely denuded the town of foodstuffs. Those of the people who remained were practically starving, and to feed them was the first duty that confronted us on our entry. Our next was to cleanse the place. El Arish consisted of a wide-spreading jumble of houses … intersected by a
labyrinth of narrow lanes, courtyards, and cul-de-sacs. Human excrement, filth and garbage of all kinds, were heaped in every corner, and met the eye and the nostrils at every turn… latrine-pits, full to the brim with the accumulation of months, were spread indiscriminately over the whole town- area, each adding its stench to the already over- burdened air. There was a plague of flies in the place, and little wonder…..

Lt-Col Byrne’s photographs of the town provide a valuable record of  what life was like for its permanent residents at this time. The town itself was strictly out of bounds for Other Ranks. 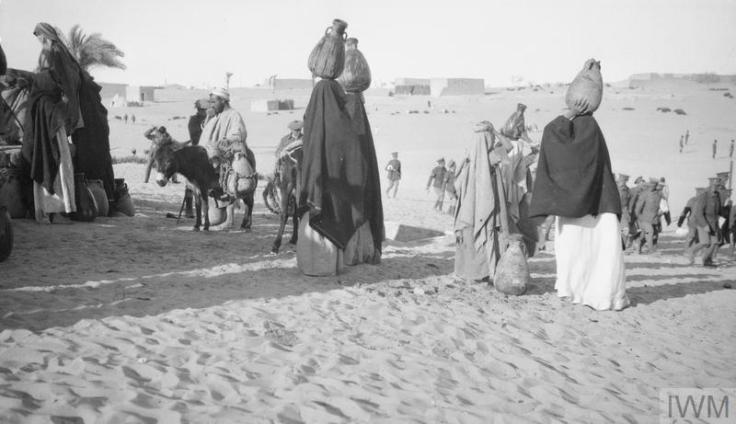 Women drawing water from the well at El Arish. Men of the 1/10th London Regiment returning from a bathe in the sea. Others playing football on extreme right. February 1917.  © IWM (Q 57825) .