International Women’s Day (IWD) on March 8 is a global day celebrating the social, economic, cultural, and political achievements of women. The day also marks a call to action for accelerating women’s equality.

We pay tribute to and celebrate inspirational Islington Women who, over many centuries and across a variety of professions, have ‘Chosen to Challenge’. The contribution from Islington women in  Arts and Entertainment has been immense. From Kate Greenaway to Andrea Levy, each has accelerated women’s equality and helped towards creating a better and inclusive world. 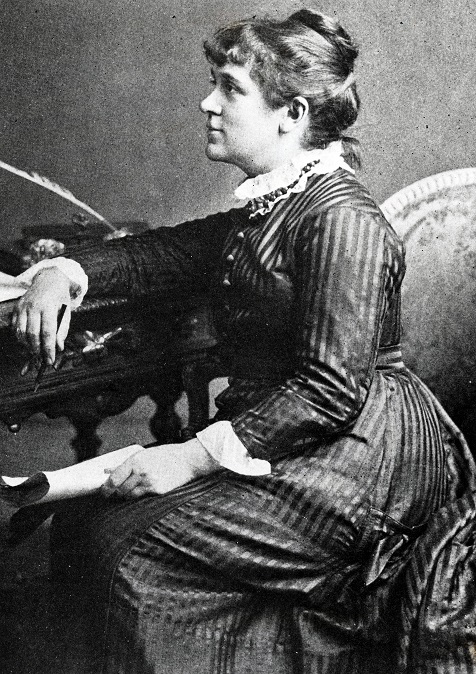 Hoxton-born children’s illustrator Kate (Catherine) Greenaway and her family moved to 147 Upper Street in 1852, Islington where her mother opened a hat shop.  Kate lived here for 21 years. She later resided at Pemberton Gardens, Holloway. As a child, she attended her first art class at Finsbury School of Art in William Street, Clerkenwell. Kate was soon promoted from this evening class to the day class at the art school at Canonbury House.

Kate Greenaway had a prolific career as an illustrator for children’s books, designer and verse writer. Her earliest work appeared in Little Folks (1873), a widely known and very popular children’s weekly magazine. The same year saw the first of her Christmas cards produced for Marcus Ward. Her best-known books include Under the Window (1879) and Kate Greenaway’s Birthday Book (1880). Kate’s last work, The April Baby’s Book of Tunes appeared in 1901.

In 1890 she became a member of the Royal Institute of Painters in Watercolours, and exhibited several times. She is still celebrated through the annual Kate Greenaway Medal for illustration of children’s literature. 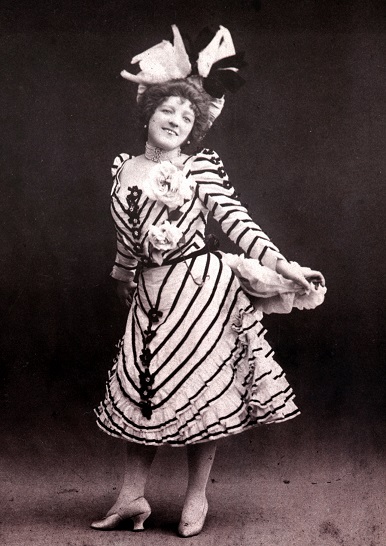 Mary Lloyd was known as the ‘Queen of the Music Hall’. Born Matilda Wood in Hoxton, London, her career spanned 40 years. As Bella Delamare, she made her debut at 15-years-old at the Eagle Tavern, off City Road. By 1885 she had become Marie Lloyd, with her hit song ‘The boy up in the gallery’; this was originally written for Islington music-hall star Nellie Power. Marie became a huge success and topped the bill at all the West End and major music halls.

Marie had many associations with Islington, both as resident and performer. As a girl she lived in Bath Place, Finsbury, and attended school in nearby Bath Street. She became a regular performer at Collins’ Music Hall on Islington Green (now Waterstones bookshop), the Grand Theatre at Angel (demolished) and the Finsbury Park Empire (now Vaudeville Court).

Marie was actively involved in the 1907 London and suburban music-hall strike organised by the Variety Artistes’ Federation. It campaigned against management contracts which stopped performers from working in any other local hall within a year of their current contract, irrespective of contract length. Well-paid stars such as Marie and ‘Little Tich’ stood alongside lesser names and refused to perform, often picketing outside theatres. Eventually the various managements were forced to give in and agreed to change the contracts.

Marie Lloyd continued performing until a few days before her death at the age of 52. More than 50,000 people turned out to pay their respects at her funeral at Hampstead Cemetery in 1922. 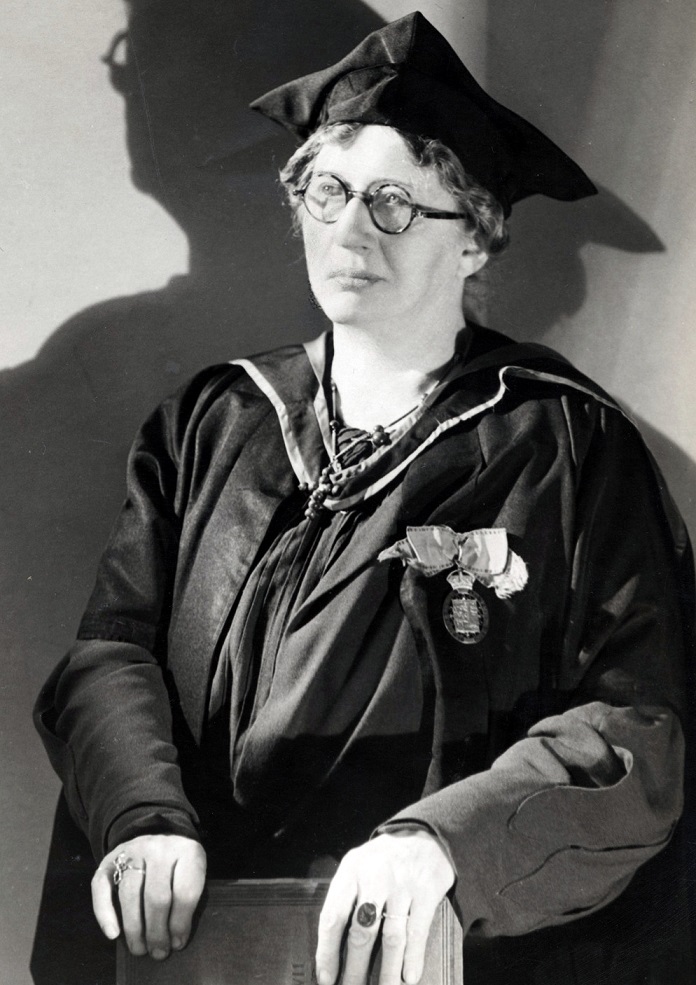 The eldest of six children, Lilian Baylis was born in Marylebone, London, and grew up surrounded by music and performance. Her mother was a successful singer and pianist, and Lilian’s education was grounded in the arts.

Lilian was the manager of The Old Vic theatre when she began a national campaign to save Sadler’s Wells, Rosebery Avenue, Islington in 1925..

The Sadler’s Wells site had been the home to theatre and entertainment since 1683 but, by 1925, and several buildings later, the playhouse was derelict. Lilian launched a public appeal for funds to rebuild the theatre for the nation. Building work finally began in 1930 and the fifth Sadler’s Wells Theatre opened in 6 January 1931 with a production of Shakespeare’s Twelfth Night.

After a long illness, Lilian died of a heart attack in November 1937, aged 63 in Lambeth, South London, the night before The Old Vic was to open a production of Macbeth starring Laurence Olivier and Judith Anderson.

A new Sadler’s Wells Theatre opened in 1998 and Lilian is commemorated in a performance space named the Lilian Baylis Studio.

Dame Gracie Fields (née Stansfield) was born in Rochdale, Lancashire. She was a highly successful singer, comedian and actress, becoming a towering star of both music hall and cinema.

Gracie played the Finsbury Park Empire on a number of occasions in the 1920s and early 1930s. In the 1930s, when her popularity was at its peak, she was given many honours: she became an Officer of the Venerable Order of St John (OStJ) for her charity work, and a Commander of the Order of the British Empire (CBE) for her services to entertainment in the 1938 New Year Honours.

Gracie had to wait another 40 years until she was invested as a Dame Commander of the Order of the British Empire (DBE) by Queen Elizabeth II, just seven months before her death in Capri in 1979, aged 81 years.

She was the author of many books for adults and children, including Carrie’s War (1973) and The Peppermint Pig (1975). For the latter she won the 1976 Guardian Children’s Fiction Prize, a once-in-a-lifetime book award judged by a panel of British children’s writers. Some of her writing drew on her life in Islington.

Nina was seriously injured in the Potters Bar train crash in 2002 in which her husband, Austen Kark, and six other people were killed. With others she successfully campaigned to make the railways safer and to hold those responsible for the accident to account.

Novelist and chronicler of the British Caribbean experience

Novelist and chronicler of the British Caribbean experience, Andrea Levy was born at the Whittington Hospital, Islington, on 7 March 1956. Her father Winston travelled to England on the HMT Empire Windrush in 1948, with his wife Amy following some months later. Both her parents were Jamaican-born of mixed descent, becoming part of the boom in immigration that shaped post-war Britain.

The family home was a council flat at 105 Twyford House, Elwood Street, close to Arsenal FC’s Highbury Stadium. Andrea was youngest of four children, growing up at a time when the idea of living in multi-cultural society had yet to be accepted. She passed the 11-plus examination and, in 1968, attended the prestigious Highbury Hill Grammar School (now Highbury Fields School).

Andrea began writing novels and her first three works drew on her own experiences of growing up black in a majority white society. These were set largely in the north London of her early years and, although sales were modest, the books were critically well received. In 2004 she had her breakthrough with her fourth novel Small Island, which dealt with the post-Second World War immigration experience of her parents’ generation. That year the book won the Orange Prize for Fiction and the Whitbread Book of the Year and, in 2005, the Commonwealth Writers’ Prize.

Andrea’s final novel The Long Song took the British Caribbean experience back to its uncomfortable origins in the plantation slavery of the early-19th Century. The book was shortlisted for the Booker Prize 2010 and won the Walter Scott Prize for Historical Fiction 2011.

Back to Choosing to Challenge: Islington’s Inspirational Women (1547-2021) main page